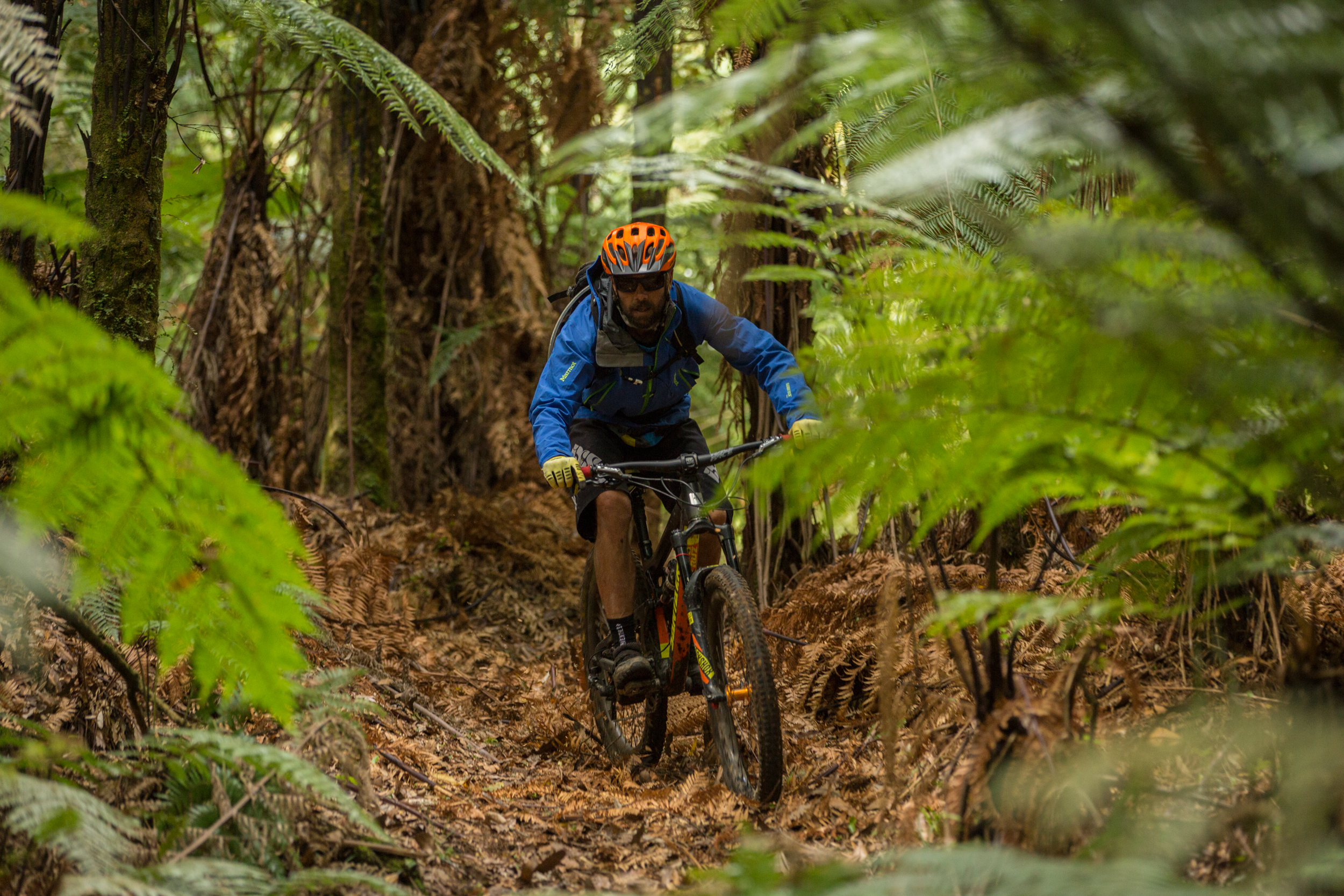 The Ohakune Old Coach Road links a number of fascinating pieces of New Zealand¹s rail heritage through a spectacular part of Tongariro National Park. Developed by DoC, with assistance from Ohakune 2000 Incorporated and the Tongariro Natural History Society, as a fantastic new walkway and cycleway.

The Ohakune Old Coach Road provided an all-weather road link for coaches carrying passengers and goods between the two railheads of the North Island Main Trunk Line. With progress on completing the North Island main trunk rail slow, the road provided a way to allow through traffic, until the railheads were finally linked in 1908.

The Ohakune Old Coach Road mostly followed the route (with the exception of the section to Taonui Viaduct) of a bridle track completed in 1886 that had been upgraded to a dray road in 1895.

Between 1904 and 1906 it was upgraded, being mostly paved with setts (rock pavers), which gave it a durable, all-weather surface for heavy horse-drawn traffic. It was completed in November 1906, when the distance between the railheads was 39km.

On 10 January 1907, the first coach carrying railway passengers travelled from Raurimu to Raetihi and Ohakune. Coaches ferried railway passengers between railheads until 8 November 1908, when the railway tracks were ready for regular train running. With the railway line completed, and regular trains running, there was no further need for coach services and the road was left unmaintained.

In early 1909 the road fell into disuse after the opening of State Highway 49. The road can be considered a most significant example of roads engineering heritage and was the finest rural road constructed in New Zealand at that time. It has great historic significance for the period it was used, as the link between the two railheads. The end of the road’s useful life froze it in time and, other than the natural deterioration it has undergone since its use stopped, it is in remarkably good condition. It has a Category I historic places status from Historic Places Trust. No other road of this age, length and surface exists in New Zealand.

The impressive Hapuawhenua Viaduct, a Category I listed historic place, was built in 1907-1908 as part of the final works to finish the North Island main trunk railway. It was designed by Peter Seton Hay, superintending engineer of the Public Works Department, recognised as one of the most influential engineers of the period.

The viaduct consists of 13 concrete piers and four 4-legged steel towers resting on concrete foundation blocks. There are four steel plate girder tower spans of 11 metres, five 20 metre lattice truss spans and thirteen 11 metre plate girders. In total the viaduct is 284 metres long and at its maximum it stands 45 metres high. It is unique in that it is built on a 10-chain radius curve, made necessary by the difficult landscape through which it passes.

Workers lived on site during the two years it took to construct the viaduct, enduring harsh winters, primitive conditions and isolation to complete construction in time for the opening of the railway.

The Hapuawhenua Viaduct was in use until 1987 when the line was realigned and a new viaduct was built. It is mostly in original condition, and has been restored by DOC and Tongariro Natural History Society to allow visitors to again enjoy this spectacular piece of railway engineering heritage. It is now a branch of the Ohakune Old Coach Road track.

The Viaduct can also lay claim as the first commercial bungy jumping site in the world, pre-dating the Queenstown site by around three months. The AJ Hackett-run enterprise operated for several years, until access to the site became an issue with the operators of the Main Trunk Railway Line of the time.

The Taonui Viaduct shares many of the features of the nearby Hapuawhenua Viaduct; it was also designed by Peter Seton Hay; shares the same construction methods and unique curved style. It practically differs only in its smaller size (140m long and 35m high), aspect, and that it is built on a 1 in 60 gradient. It also has a Category I status with the Historic Places Trust.